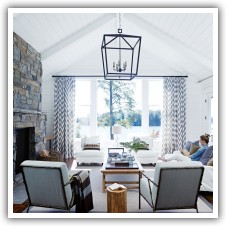 The June 2015 edition of the Canadian House & Home magazine featured a cottage on Lake Muskoka with all stone work completed by Steenhof Stoneworks. In the six page article, designer Cameron McNeil is quoted saying, “sometimes a fireplace is so striking, it doesn’t suit built-ins.” Steenhof Stoneworks finished two fireplaces and exterior stonework in this cottage using a weathered split face granite. A digital version of this aricle is not available, but House and Home released a video tour of the cottage. 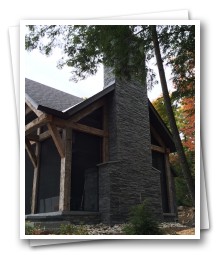